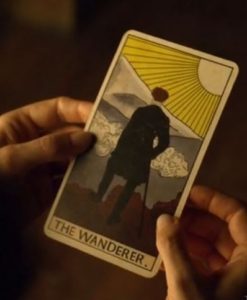 The “Wanderer” Card from the Canadian TV show “Lost Girl”

Cartomancy is a big top circus tent which houses many systems. In each card system are a multitude of deck variations, from Tarot to playing cards, from European oracle decks to the five symbol Zener cards used to test psychics. All one needs is a card in Cartomancy with something written on it, or not.

However, each card system is different. It has been my experience in learning multiple systems that one fares best by concentrating or focusing on them – one at a time. The process is helped along by using one learning deck exclusively. Deck collecting is tempting, but is a distraction for the serious Cartomancy student. 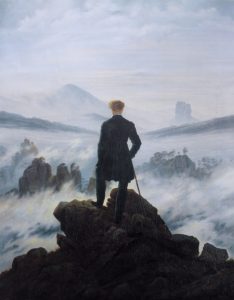 The idea of conversions or comparing one card to another in a different system is dangerous. It is best to drop all prior knowledge of other systems one has encountered when beginning to learn a new methodology.

Multiple courses taken at the same time also hinder the learning process.  One will wander throughout  the diverse systems of Cartomancy forever the dilettante if one cannot curb the impulse of the mind to chase “shiny new things” long enough to dig deep and go below the surface meaning or face values of the cards.

Immersion works best. If you are learning Lenormand which is labor intensive for Tarot readers, stick to it solo until you reach the intermediate stage. This is not judged by courses taken but by an ability to actually read the cards smoothly for oneself.   It took me five years to be comfortable in reading and speaking the Lenormand language.

Multiple courses juggled  at the same time for example Lenormand and Kipper or Kipper and Gypsy do not give one’s subconscious mind the selective repetition it needs to absorb the symbol language of a deck . Though some decks may be historically, culturally and geographically connected the skilled use of them requires some initial separation.

One will find readers  specialize in one particular system and generally will use one deck in said system. They are not Jacks of All Trades. However, Cartomancers do switch their primary reading system or deck over time because either the psychic environment or they themselves have changed.

*Second image is of the oil on canvas ” The Wanderer Above the Sea of Fog” painted by Caspar David Friedrich circa 1819 in Hamburg, Germany.  It is the source of “The Wanderer” card created for the TV series.