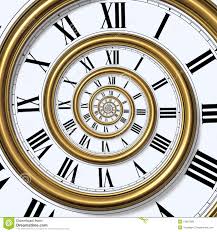 “Probability means the future you will experience has already occurred.”

This would be the sign over my door if I were the Oracle of the Matrix.  I believe this statement explains why an oracle or seer with or without a tool can “read” or see what has yet to present itself in the physical world.  The Querent has already made their choice on a deeper unconscious level. It is just a matter of “watching” how it “rises” out from the subtle or invisible watery worlds into tangible and visible events.

In the Hindu system Time or Kala  is an attribute of Kali. We are said to be living in era of the Kali Yuga. Think of the words calendar and apocalypse and hear the sound of Kali the fierce Hindu Goddess in them. Mortals resist time. Time is the Great Invisible. It moves in and around us like a Ninja. We can’t track it directly, we see the effects of its passage. One cannot store or hoard time. We are here in the physical world as long as our destiny allows or until our time runs out.

In the culture of the 21st century Death rules. As a side effect of Death’s domination comes the impulse of the mind of mankind to run faster to speed things up. The present moment is the only constant in the equation of existense and paradoxically it is also the variable.  In a teckno-hyped culture one has multiple distractions in each moment – instant messages, instant photos, superfast downloads, and 1 click shortcuts to complete tasks. People are told to hurry up, to do more in less time. The result of all this hurrying is impatience and stress which lead to incompetence. Every process has an optimum time cycle or season to grow and develop.

Diviners move and manipulate signs. This requires they understand the phases of the time cycle to develop a rapport with its rhythm. In other words, students of any new method have to fight the general entry level group impulse to rush, by slowing things down and focusing intently so they may not only see more but pick up the clues others missed by rushing.

It is run on thinking, I have to do this and then I have to do that, which locks one outside of the present moment. The mind is already moving toward the next step before one can digest what is happening in the current moment. “Faster, faster, faster,” this is the mantra of the mind as it tries to outrun time and outrun the consequences of being annexed to the body.

Time is not a line drawn in the sand but is latent energy braided or woven in each moment of the present. The threads of time energy can be grasped. Time is simultaneous which is why we are in a multiverse, i.e. there are different versions of events in different worlds. Oracles do not predict the future but grab onto the threads of time and follow their flow to a specific manifestation of phenomena or a conclusion.

*This material first appeared in my 2012 Song of Lenormand blog. It has been edited.