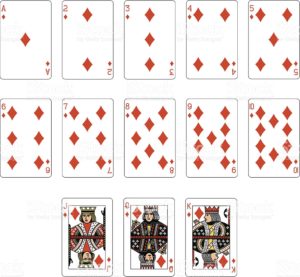 In the suit of Diamonds we enter into the world of privilege originally restricted  to nobility and title.  Protection of the peasants and patronage of the scholar and artisan allowed a nation to thrive and  over generations to create an infrastructure of  culture. Wealth once a direct result of  land ownership and tithes from vassals was extended by war and conquest to political treaties and international trade agreements.  In the modern age “privilege” remains as rank, fame or celebrity and having the right “connections”.

The Ace of Diamonds represents PRIVILEGE.

The King of Diamonds can be seen as: Rich Uncle Pennybags aka Mr. Monopoly : WEALTH

The Queen of Diamonds as the cold hearted Cruella Deville: PEDIGREE

and the Jack of Diamonds as the fair haired boy or Richie Rich: LEGACY 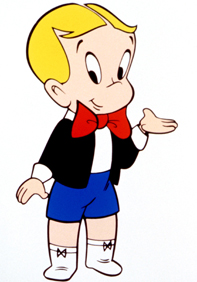 The 10 of Diamonds represents the bankers who  control “The Machine”, i.e. the military-industrial complex. The logo of the World Bank is an apt symbol : FINANCIAL MARKETS