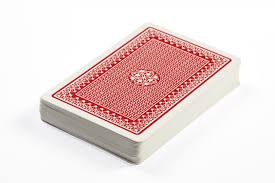 The most basic form of divination used by most people born in the Western world prior to the importation of the Tarot deck from Europe was a standard deck of playing cards. They were used in Hoodoo in the US and by Vodouisant on the island of Ayiti as well.

I am a Tarotist who started reading in 1964 when only the Swiss style Marseilles deck was available in NYC, so I tend to think of the standard deck as a strange version of the Minor Arcana missing the Knights.

Old style Hoodoo used the basic cutting style for questions. Client thought of a yes or no question, the reader shuffles and the client cuts. Black card is a no. Red card a yes. Easy peasy!

In Hoodoo the coloring of the face cards and their gender stood for people and the Aces were The Big Spirits. Each reader had their own lexicon of place/suit and situations /number which they worked out with the aid of an experienced Hoodoo or their own “divining Spirit”. Spirit work was on the job training. There were no hard and fast meanings for individual playing cards.

Early on most Hoodoo folk didn’t read and thus pamphlets and books were not a boon to them or their practices. Workers were more dependant on their own psychic gifts and hearing their spirits so the deck was essentially a prop. This was actually a good thing as it ruled out charlatans and the dilettantes  reading  a tract in the Dixie Drug store and then next day deciding to hang out a shingle proclaiming themselves a card reader.