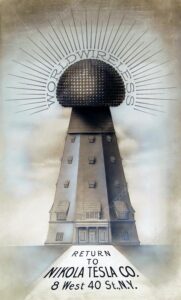 Before WIFI (whenever that was on this timeline) knowledge & power were transmitted through an invisible medium. Science named the medium aether but that is only one label of many for the magical agent.
All this to say “downloads” are not new but there is a vast chasm between true reception or KABALAH from higher sources and the ventriloquy of the ego. Don’t fall down into that level because there isn’t a rope long enough to bring you back.
In the illustration of the principle of  the carrier wave, the RWS Tarot Trump surpasses the Marseilles deck illustration in that the Tower is shown on RWS as being built on a steep mountain peak and those who have fallen have a long ways to go before reaching the ground.  A good theme to consider! 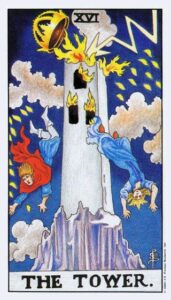