Words are sounded shorthand or written notations. Behind each descriptive noun and adjective is the tree of which it is a leaf.  The Man in Black is a title which represents a metaphysical Principle, an entity who is not human.

This is not the “borrowed” costume of those who dress in black as a uniform, i.e. the priests of various religious orders to link to the energy of the metaphysical principle of unity

The addition of horns, hooves and tails to the construct of  animus  of The Man in Black in myth code is a means of indicating the  principle is not part of the intellectual domain  and is older than the  consensus mind of  mankind.  What is not within  the heavenly grace aka   programming  of the species is referred  to as below;  or held within the human subconscious  or instinctive level  emotional drivers which are suppressed and denied.

Men in Black is an archetype in the group mind, is a “switched code” a concept which reversed the old folklore  to erase the knowledge held in it. The cinematic Men in Black are represented as the “agents” in the Matrix movie  and as alien hunters in the MIB series.  The  worded concept of  Men in Black hails back to 1950’s paranormal and UFO research (see Bender, 1953 and Keel/Barker 1960’s)  as well as Malcolm X’s 1965 autobiography. 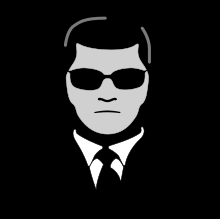 So designated “black” people worldwide are connected to the metaphysical principle of black as primal energy as well as the archetypal concept as concrete representatives of the same abstract “black” energy by association.

Black used in reference to a humanoid entity is a base code for a presumed preternatural, alien, wild or non- human origin which was formerly represented in both art and magical text as referring to djinn or demons.